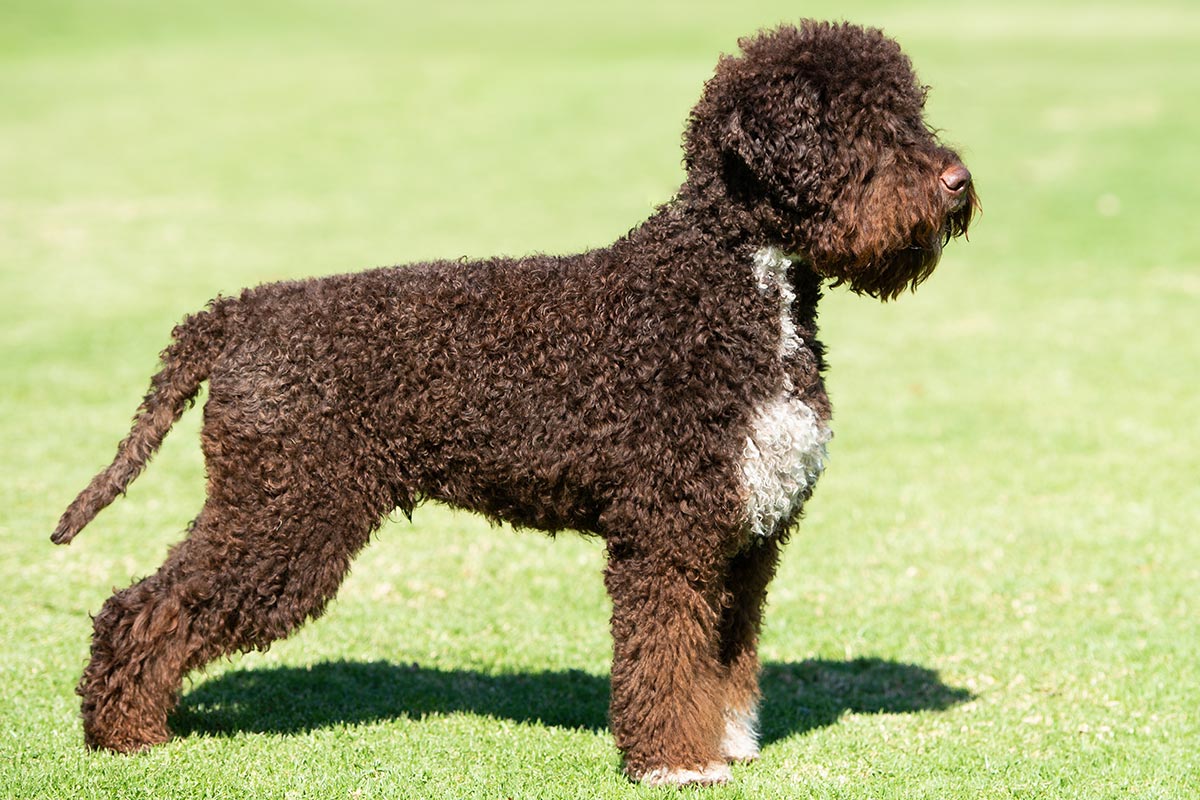 Lagotto Romagnolo's are mediums sized yet robust dogs. Their long legs are well-boned and muscular, as are their chests and shoulders. These characteristics make them excellent swimmers as well as diggers. The Lagotto's body is covered in a thick, waterproof coat made up of soft, curly hairs.

Lagotto has large, round eyes that range from the colour of dark yellow, green, or light to dark brown. Their coat is thick and wooly and is also hypoallergenic meaning that they do not shed coat. Their colours range from cream to apricot or brown. They can be found in cream with brown or apricot patches also.

The Lagotto Romagnolo is a very ancient breed that has been unchanged through the centuries. It is believed that the breed originated from a distinctive breed of duck retriever that existed in the 7th century B.C in the marshlands of Romagna, Italy.

First used as a waterdog, Lagottos are in fact believed to be part of the foundation stock that all other modern water dog breeds are descended from. This means that the Lagotto is the great grandfather of breeds like the Golden Retriever, Portuguese Water Dog, and the Poodle.

Around the 19th century, Italy's Lagotto population faced a severe decline in numbers when the Italian marshlands were claimed for farming. However, their excellent sense of smell helped them garner interest from Italian truffle collectors.

The Lagotto Romagnolo is a very loving dog that is devoted to its owner. They are also extremely affectionate and gentle with children and make excellent family pets. Lagottos have excellent eyesight and are extremely alert. They will quickly alert their owners to any intrusions into the family property and often make excellent guard dogs. Lagottos get along fairly well with other dogs and pets, provided that they are socialized from an early age. They do have fairly strong hunting instincts, especially when it comes to birds and fowl, so owners might want to walk their Lagottos on a leash. Lagotto's are an extremely intelligent breed and were bred as a working dogs.

The Lagotto's coat consists of a thick layer of curly hair. Regular grooming is recommended to prevent matting and finding prickles etc that can become problematic if not removed. In summer the general advice is that the coat is cut or clipped down the coat to around 1 cm short as the thick coat can be irritating in the heat. If you are not prepared to put hard work and effort into keeping a Lagotto groomed you should think about another breed. They also make great pets for dog owners with mild allergies.