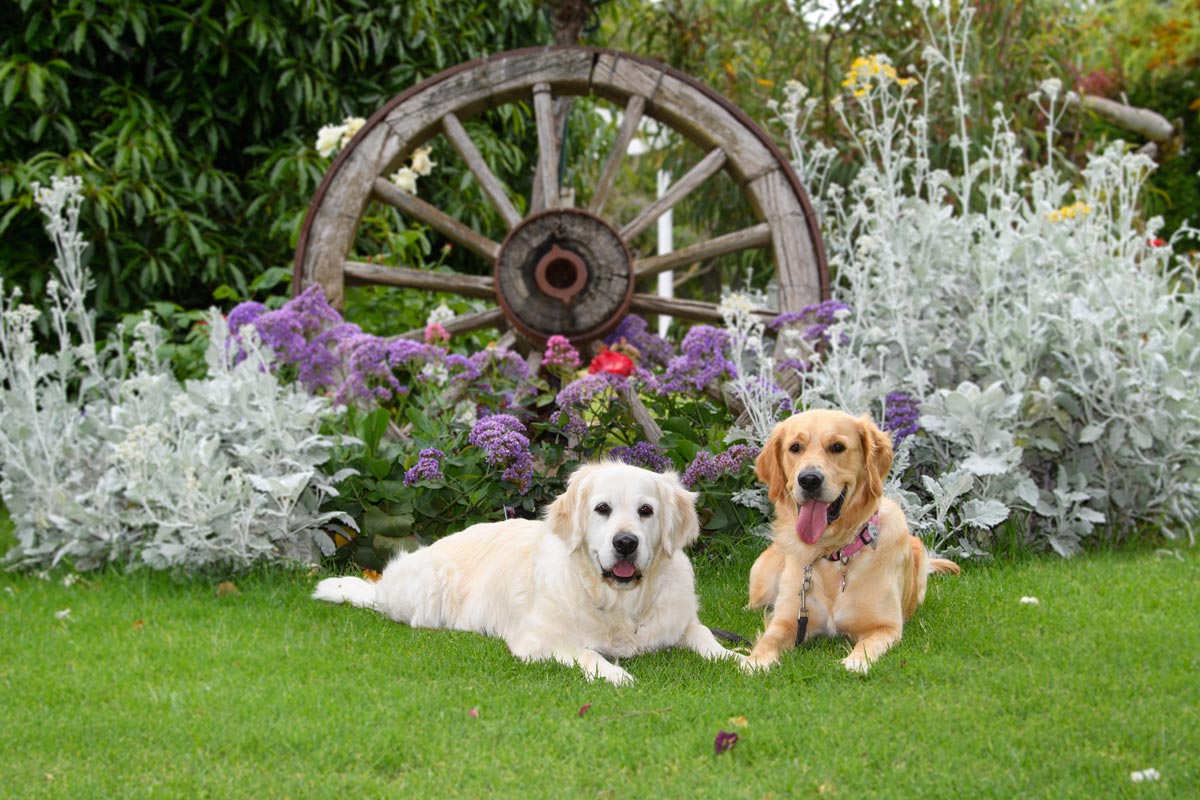 The General Appearance of the Golden Retriever as described in the breed standard is as follows: Symmetrical, balanced, active, powerful, sound with kindly expression. The Golden Retriever is a medium to large dog. The water-resistant coat is dense with a firm, straight, or wavy outer coat. There is an untrimmed feathering on the underbelly, back of the legs, front of the neck, and underside of the tail. The coat colour comes in cream to a rich golden. They are an active breed that thrives on training and interaction with their family.

Originating in the Scottish Highlands in the late 1800s, the Golden Retriever was developed by Lord Tweedmouth, by crossing the original yellow FlatCoated Retriever, with the now extinct Tweed Water Spaniel. He later crossed in the bloodhound, Irish Setter, and more Tweed Water Spaniel. The dogs were called the Golden FlatCoat and only later were they given the name Golden Retriever. The Golden Retriever is one of the most popular breeds known today, not only as family companions but for obedience competitions, hunting, and tracking, as a bird dog on both lands and in the water, narcotics detection, service dog for the disabled, a guide for the blind and as a therapy dog. The earliest known records relating to Golden Retrievers in Australia commence in 1937, however, there has been some indication that Golden's may have been brought here as early as 1914.

The Standard of the Golden Retriever specifies their temperament as Kindly, friendly and confident. A Golden Retriever should never be shy or aggressive. They should be happy, outgoing dogs. The characteristics of the breed from the breed standard state: Biddable, intelligent, and possessing natural working ability. When choosing a Golden Retrievers you need to be able to observe and interact with the mother of the puppies, and to see the litter and how the puppies behave in their interactions with each other and with people. If you are not allowed to see the mother and other puppies in the litter (if there was more than one), alarm bells should ring. Both the mother and puppies should be happy and outgoing. Avoid shy or timid puppies.

Golden Retrievers require regular grooming. They require brushing 2 - 3 times a week plus regular bathing. Golden's benefit from regular trimming to keep their lovely coats tidy. This includes their nails, excess hair around and under the feet, and the tip of the tail.