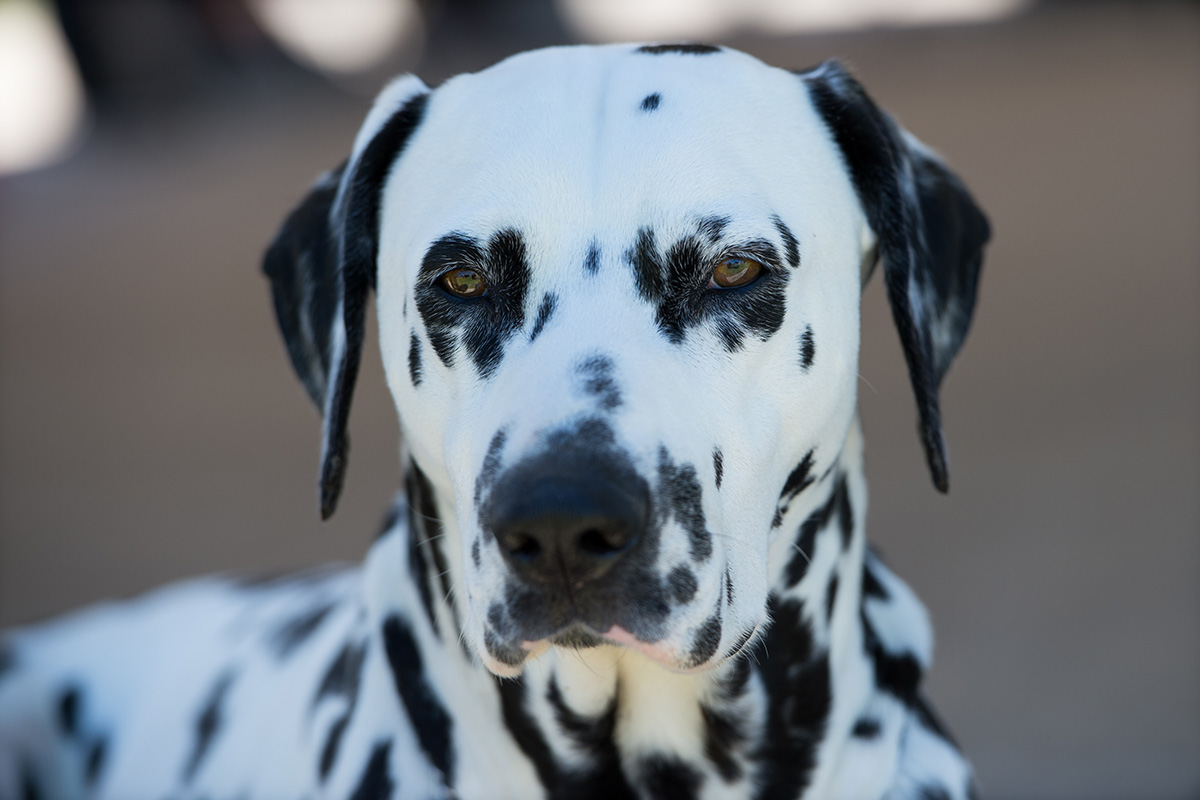 The Dalmatian is a medium-sized, strong, muscular dog. This spotted dog is easily trained and makes a wonderful family pet. The symmetrical coat is predominantly white with clearly defined round spots. The spots can be black or brown (liver) which are the preferred colours in the show ring. The more defined and well distributed the markings are, the more valued the dog is to the show ring. Puppies are born completely white and the spots develop later. They are a dog that is easily trained and they make a wonderful family pet.

Dalmatians are an old breed – but their actual history is not certain. Supposed to have originated from the country of Dalmatia, facts are not certain.

The breed became popular as a carriage dog in the 1800s. They trotted beside and among the horses and carriages, very reliably following their masters, guarding the carriages and horses while the master was occupied elsewhere. Very hardy with great stamina they were able to easily keep up whether its master was on foot, on horseback, or in the carriage. The versatile Dalmatian has seen many uses, such as a mascot for firemen, war sentinel, draft dog, circus performer, vermin hunter, fire apparatus follower, bird dog, trail hound, retriever, shepherd, and a guard dog.

Dalmatians are even-tempered dogs of good demeanour. They are not guard dogs but want to be a member of the family. They are good with children and are very biddable. Dalmatians were bred to run under or alongside horse-drawn carriages and therefore have a vast amount of stamina and energy. They do not like to just sit around all day with nothing to do. They are playful, happy, easy-going and very dedicated. Generally does well with firm, consistent training. The Dalmatian is trainable to a high degree of obedience.

The Dalmatian sheds all year round but does so profusely twice a year. Brush frequently to help manage the constant shedding. They do not have a doggy odor and are said to be clean and even avoid puddles. Bathe only when necessary. This is a very energetic dog with enormous stamina. They need to be taken on daily, long, brisk walks or jogs. In addition, it needs plenty of opportunities to run, preferably off the leash in a safe area. If these dogs are allowed to get bored and are not walked or jogged daily, they can become destructive and start to display a wide array of behavioural problems. They love to