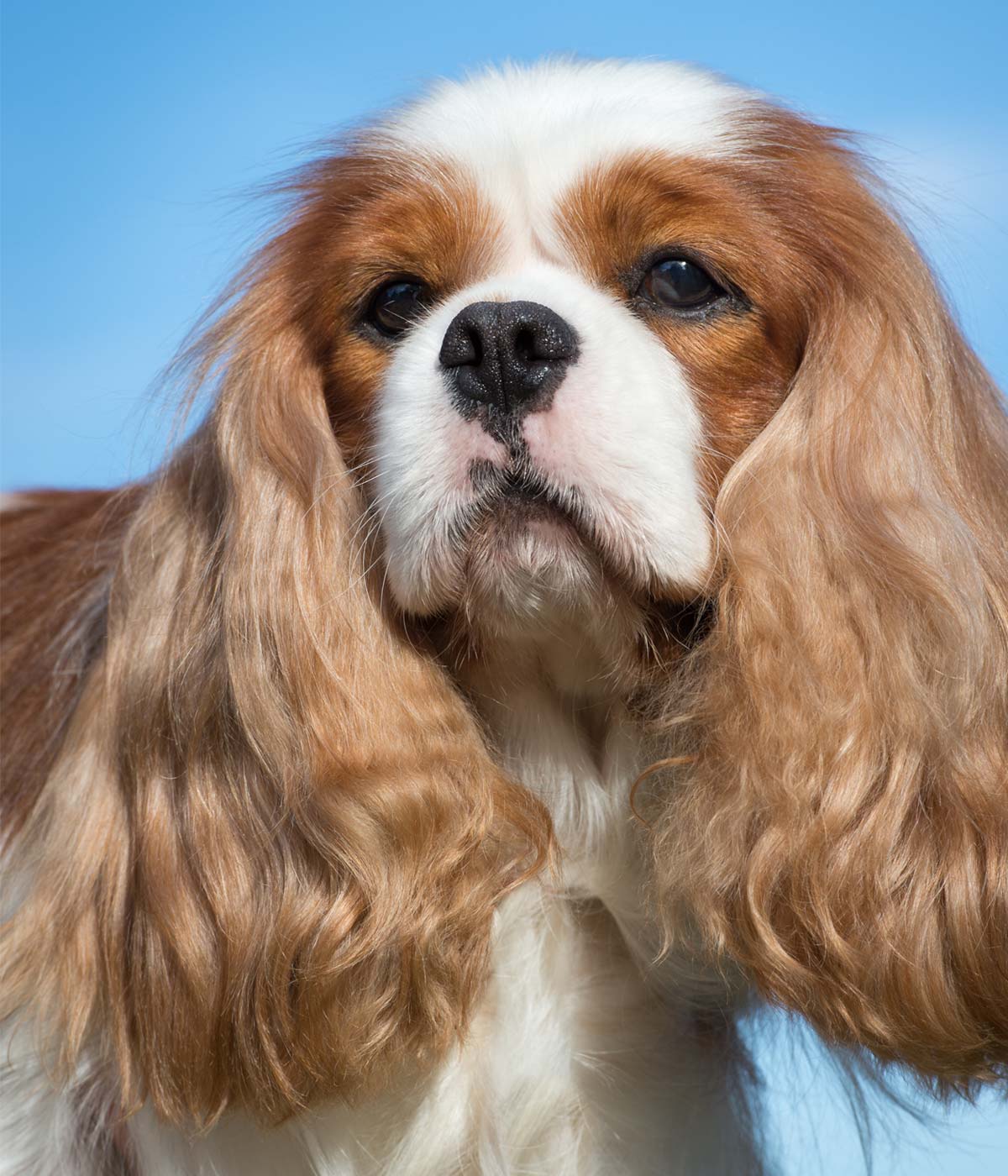 Intelligent and alert. They are a small but hardy breed with a soft expression and a loving nature. The silky coat is medium in length with abundant feathering on the ears, chest, legs, and tail. Colours include prince charles (tricolour), ruby (rich mahogany red), king charles (black and tan), and blenheim (red and white).

Originally bred in England in the time of King Charles they were his favourite breed and were popular lap dogs among his ladies of court. In the late 1600s the King Charles Spaniels were interbred with Pugs, which resulted in smaller dogs with flatter noses, upturned faces, rounded heads, and protruding eyes. The consequence of this breeding is what we know today as King Charles Spaniel. In the present day, times they are a very popular breed, known for their adaptability, wonderful nature, and easy to live with temperament.

Cavaliers have a wonderfully loving nature. Excellent with children, the elderly, or anything in between. They always seem to be wagging their tails. Outgoing and sportive. These fearless lively little dogs are eager and willing to please. They are intelligent enough to understand what you want and therefore are usually easy to train and respond well to gentle obedience training. They are a hardy breed who will be just as happy with lots of exercise as they are sleeping in the lounge. Their main desire is to be with people and they are not suited to long periods alone. They are not great guard dogs as they just love people.

Comb or brush with a firm bristle brush, and bathe or dry shampoo as necessary. The hair between the pads on the feet needs to be trimmed. Prone to tangling and matting on the ears, and should be brushed often. Clean the inside of the ears regularly. Always make sure the dog is thoroughly dry and warm after a bath. Check the eyes carefully for any signs of infection. This breed is an average shedder. They can be prone to overeating (hard to say No to those appealing eyes) but care should be taken they do not get too overweight.