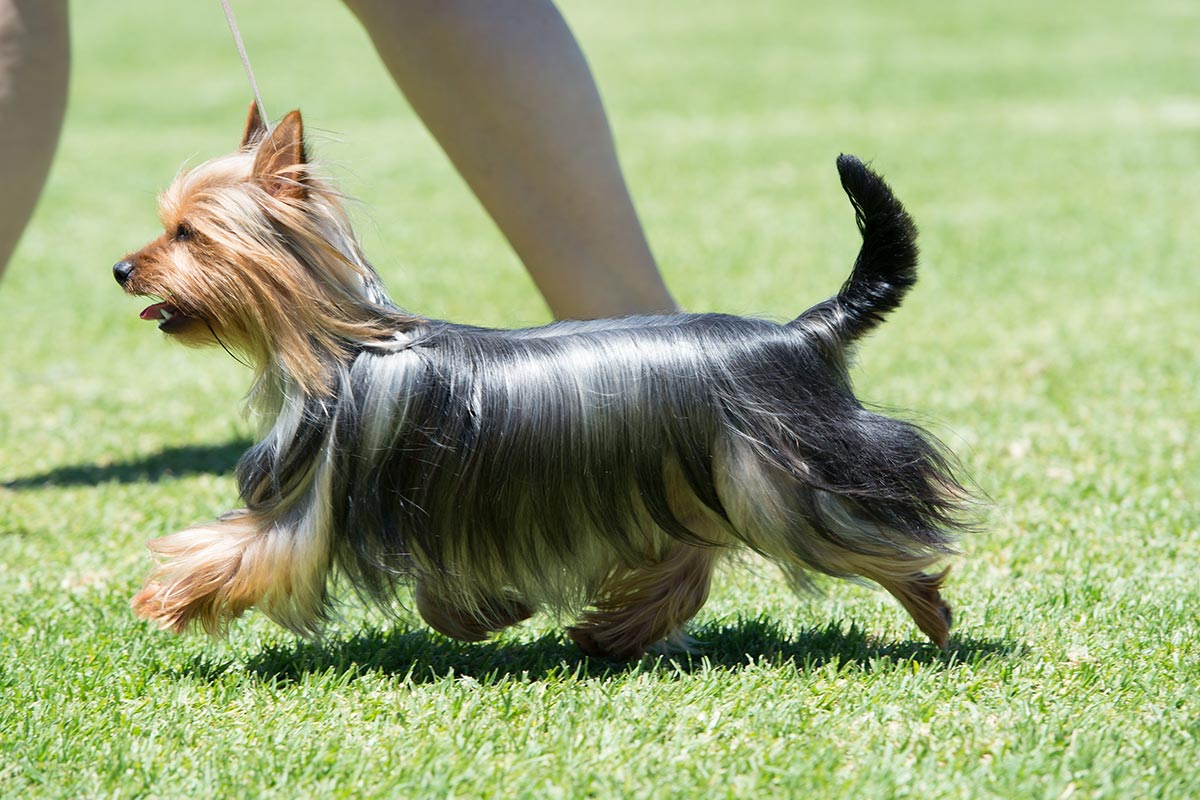 Australian Silkies are compact and moderately low set to the ground. They have a keen and alert appearance, further conveyed by their upright ears and watchful expression. The single coat is long, soft and as the name implies, silky. Puppies are born black and tan, changing to silver and tan with blue evident along the spine as the dog ages. Some dogs will not change colour. Silkies stand around 9 inches (about 22.5 cms) at the wither.

Developed in the nineteenth century, the Australian Silky Terrier is one toy breed regarded as truly Australian. Early examples of the breed were simply known as rough or broken coated terriers and were crosses of various larger British terrier breeds, of which some are no longer recognised. Further crossings to Dandie Dinmont and Skye Terriers and later to the Yorkshire Terrier contributed to the silky coat and small size we know today. Initially, the breed was known as the 'Sydney Silky' due to the prominence of the breed in Sydney. But Victorian and Tasmanian breeders also laid claim as the originators of the breed, so the official name, Australian Silky Terrier, was eventually adopted in 1956.

The breed standard describes the ideal Australian Silky Terrier temperament as keenly alert and active. They love to be given chances to run and play but must have a tightly fenced yard. They also enjoy brisk walks and playing ball. The Silky is able to do well in an apartment, although they are also an active indoor breed. It is important they are kept busy and social to discourage boredom.

Silkies are full of energy though can still make good house pets. If given the opportunity to exercise daily, Silkies will also make suitable pets for units. Although full of energy, 20 minutes a day of exercise will generally suffice. This can simply be in the form of play with a ball, as well as walks on the lead. Bath Silkies once every couple of weeks, conditioning the coat. As their hair is a similar texture to humans, standard shampoo and conditioner can be used. A quick daily brush will keep knots out and will remove shedding hair which will cling to the coat. An alternative is to have the coat clipped. It saves on grooming and the dog will still look quite attractive. Silkies have two seasonal moults but little hair is dropped.