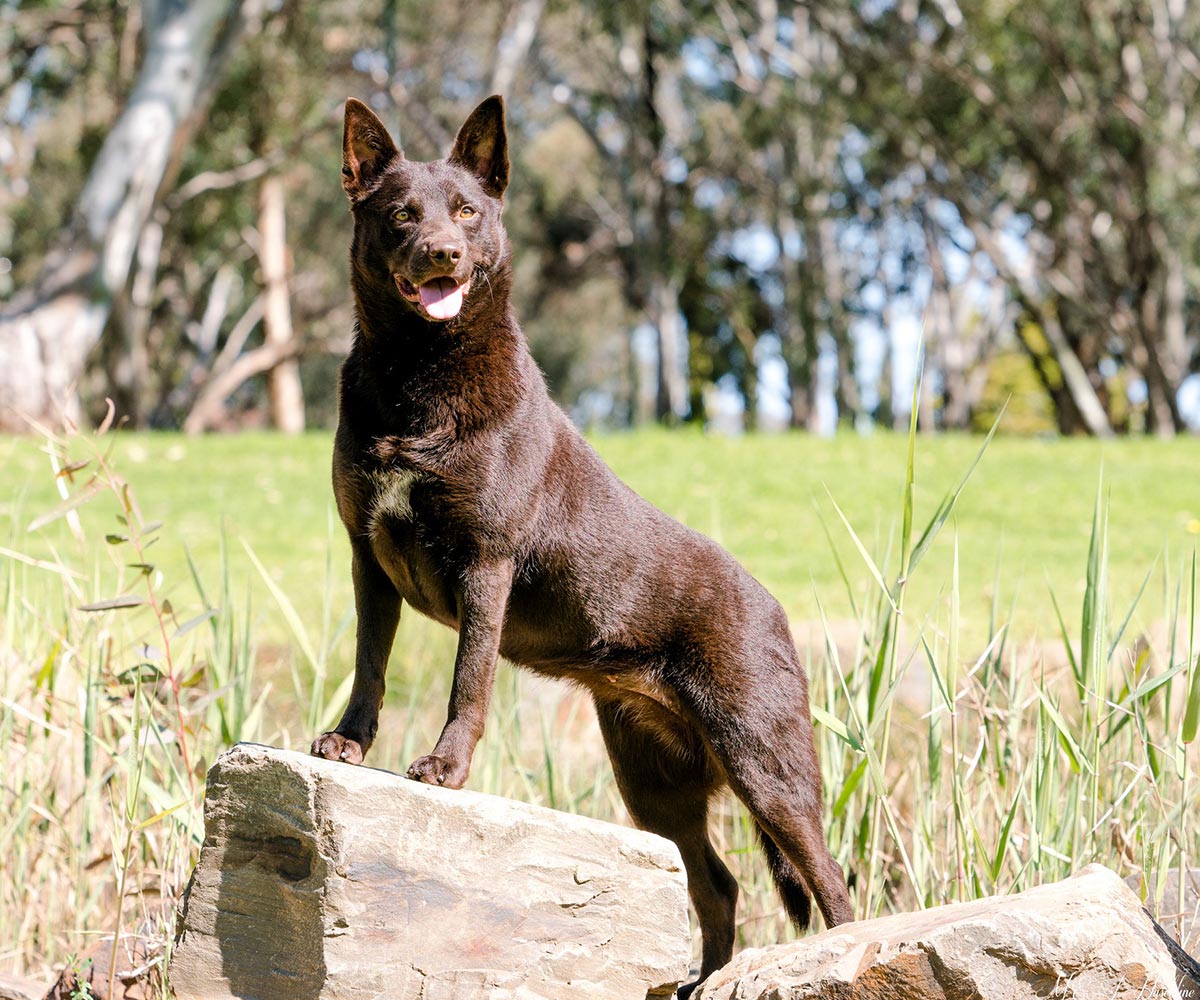 The general appearance shall be that of a lithe, active dog of great quality, showing hard muscular condition combined with great suppleness of limb and conveying the capability of untiring work.

The severe Australian climate and the harsh conditions of the country made it very hard for the various breeds of sheepdogs from Europe and the UK as they were too heavy coated. In the 1860s this wonderful breed came from two black and tan short coated prick-eared Collies imported by a Mr. Elliott and a Mr. Allen. From a litter born shortly after their arrival came several black and tans and one red pup.

From Victoria came a bitch, also from a Collie, called Kelpie (Gaelic word meaning water sprite). The Kelpie was mated to a dog from Elliott and Allen's pups and one pup from this litter resembled her mother so much she was also named Kelpie.

Kelpie (at 12 months of age) was very successful at sheep dog trials and her pups were in great demand. These, at the time, were called Kelpie's pups, and so this is how the name Kelpie was evolved. This name has now gained the status of Australian Kelpie. The Kelpie has excelled in the areas of Obedience, Agility, and Tracking. They have participated in Pets As Therapy and in the past, have been fully trained Guide Dogs.

The Kelpie is extremely alert, eager, and highly intelligent, with a mild, tractable disposition and almost inexhaustible energy, with marked loyalty and devotion to duty. It has a natural instinct and aptitude in the working of sheep, both in open country and in the

The Kelpie coat is a double coat with a short dense undercoat. As with all dogs they need to be brushed and bathed regularly. To groom your Kelpie regularly will keep their coat in top condition and will remove any dead hair.

Feed your Kelpie a balanced diet of fresh meat, bones, chicken, and quality dry food, and even try fresh fruit and vegetables.