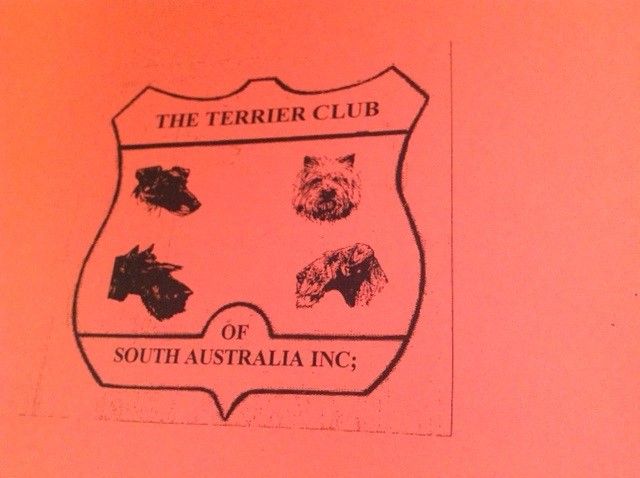 When was the club founded:
The Terrier Club of South Australia was founded in 1929 and initially catered for all breeds with the word Terrier in their name. The constitution was changed after a Special General Meeting in August 1999 and from January 1st 2000 only Terriers in Group 2 were allowed to be exhibited.

What does the club do:
The Club holds a Championship Show each year and also several Earthdog Trials.