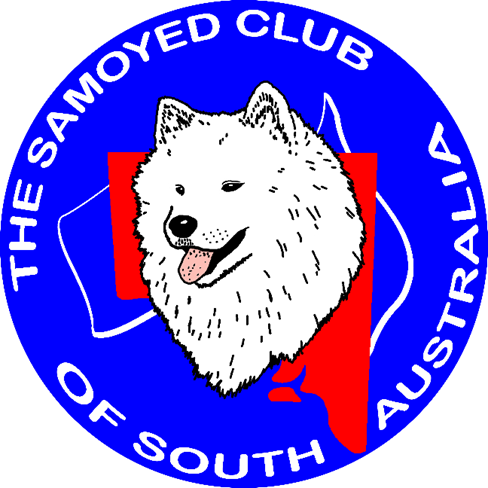 When was the club founded:
The Club was formed in 1960 and the first members of the Executive and Committee were:

What does the club do:
Passionate about Samoyeds, we hold a Championship breed specialty show each year, together with several social events, and support members involved in a range of activities including:
Dog Show
Grooming
Sled Dog Racing
Obedience
Weight Pull
Herding
Pack Hiking
Agility
Tracking

Traditionally, the Club has focused on the conformation aspect of the breed which covered showing, and to a smaller extent obedience.

In recent years, with the introduction of Sled Dog Racing, Weight Pull competition and Herding, we have seen more interest from the wider Samoyed community. Not wanting to enter dog shows, they are looking at other ways to interact with their dogs and to meet other Samoyed owners.

Interesting information about the club:
The first specialty show took place in 1961 and the Club has held shows every year since then. In 1995 the Club held the 3rd Samoyed National, with an entry of 200 Samoyeds. Below is the Committee and Judges who made this a memorable event.
In 2007, the Club again hosted a Samoyed National, this one the 7th. The Judge was Mr David Cavill, a well-respected Spitz breeds specialist from the UK.
2003 saw the Club’s first weight pull competition – the first competition in South Australia to be open to all breeds. This was repeated each year until 2005, by which time, open competitions were commonplace. The club held its first sled dog race, the White Flash Bash, in 2005 and has held at least one race every year since then.

In the early years, the Club enjoyed memberships into the hundreds but changing conditions over the years have seen numbers decline. We’re a small club and consequently, member benefits are limited and for just $10 for either a single or a household membership in 2022. The Samoyed Club of South Australia has its web page at Club – Samoyed Club of South Australia (samoyedclubofsa.com.au).