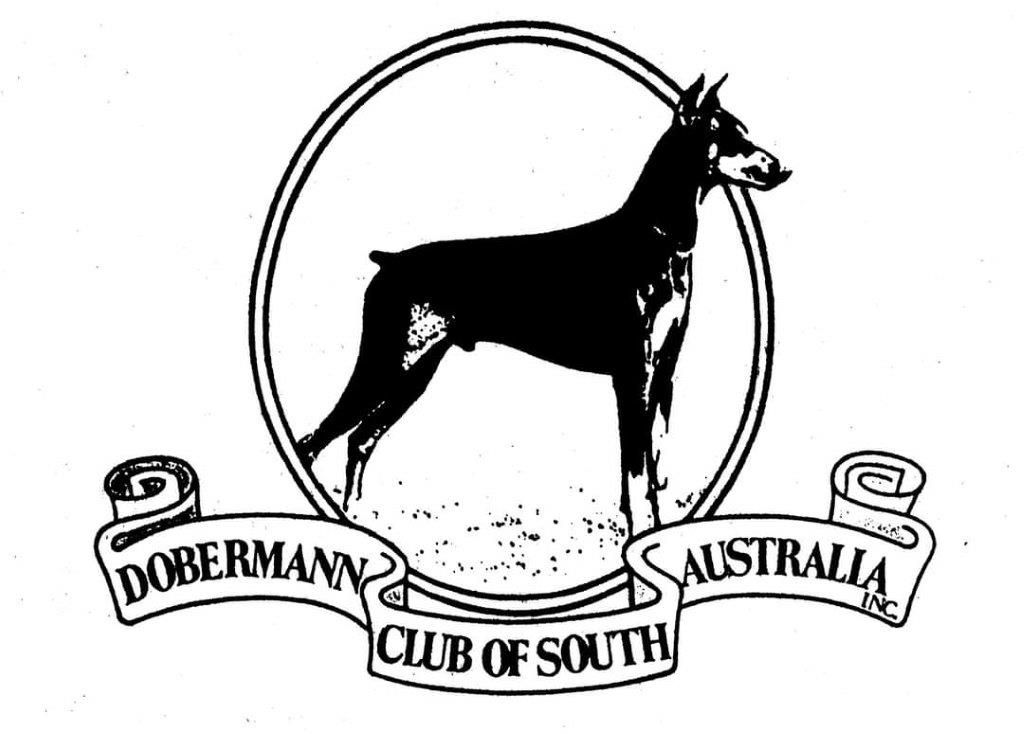 When was the club founded:
In 1977 Dobermann fanciers founded a social club with a membership of 38. The Club grew to a financial membership of 150 plus. Affiliation with SACA was granted in 1979 for conformation only, Obedience affiliation was granted in 1988. At that time there were few specialist Clubs in South Australia with both obedience and conformation the Club was truly proud to be among the select few.

The Club’s first Championship show was held in 1980 with 120 entries the Judge was Mrs Thelma Gray (ex UK). In 1989 the Club hosted the fourth Dobermann National at the Gawler Racecourse with an entry of 196 and was judged by Mrs Alma Page (UK).

What does the club do:
Due the decrease in the number of Dobermann being shown and a smaller Committee the Club now only hosts annual Conformation shows and is no longer involved in Obedience.

The Club’s involvement now is supporting new members with information on the breed and encouraging the joining of Obedience Clubs. The Club also supports Dobermann Rescue Australia Wide an organisation that places rescue Dobermanns in their forever homes.

Interesting information about the club:
The Dobermann Club of South Australia is a member of the National Dobermann Council (Australia) and in the future plans to be involved in the Register Of Merit (ROM) award which recognises Dobermanns who demonstrate acceptability in conformation, working ability and temperament. First step is to organise a Working Aptitude Evaluation programme.